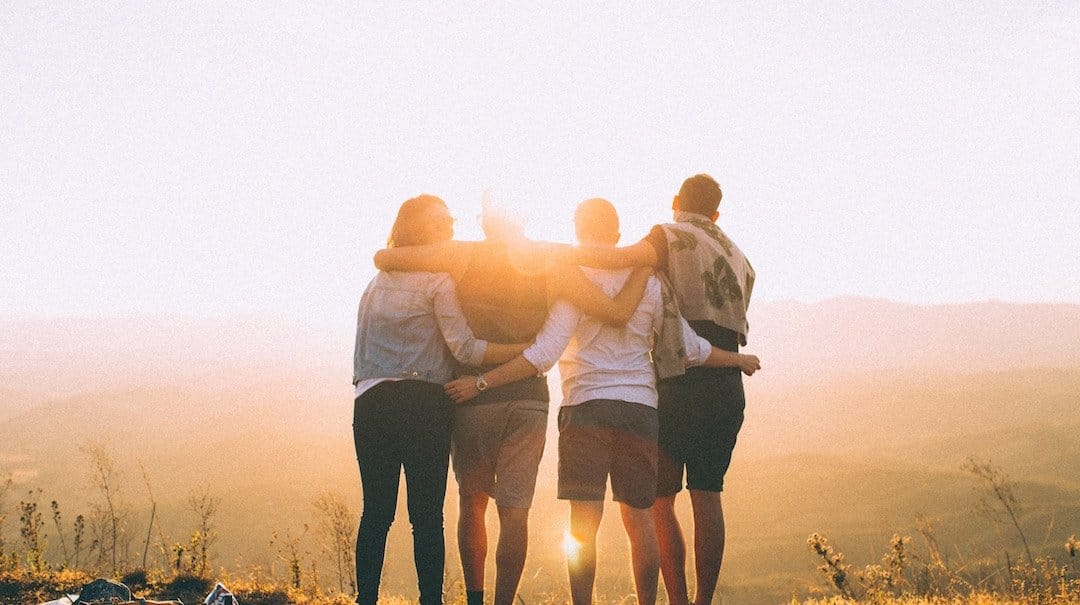 Our story begins in August of 2013. Everything started simply with a decision to step up as volunteers for the International Friendship Connection (IFC) American Culture and Conversation classes at Kent State University. We met so many International scholars through our time there. These relationships were built on the everyday moments of life like meeting for regular dinners together, shopping trips and picnics on the lake. Moment like those are exactly what God used to build lasting friendships. Everyday moments with our new friends were the beginning of change for their lives and ultimately led to the multiplication of the Kingdom in exciting ways.

In our time with all of the new friends we were meeting, one encounter was different from the rest. One of our Chinese friends introduced us to an intellectual, postdoctoral scholar who had just arrived in the US and was curious to visit an American church. After we invited Larry and his wife Lynn (not real names) to Christ Community Chapel, they became seekers as they listened, learned and experienced the work of the Holy Spirit in their lives. Larry and Lynn made a commitment to serve Christ after months of attending our church, spending time with us learning from the Bible and seeing the kindness and friendships of others at CCC. Larry and Lynn were baptized, and their infant child was dedicated. While this was extremely exciting, it was a difficult decision as they thought through how they would be able to live out their faith if they returned to China.

We were encouraged to see Larry ready to share his faith. Solidifying their own faith and commitment led to Larry inviting other Chinese scholars to CCC. Unashamedly, he invited dozens of other Kent State University Chinese colleagues to attend CCC with him. We stayed busy as we got to know his friends, never running out of things to talk about together. Three short-term Chinese visitors made a commitment to follow Christ before they returned to China with videos and Bible studies to help guide their growing faith.

Then we realized that God was not done multiplying His Kingdom. Jason and Terry (not real names), who are one particular couple that Larry invited to CCC, began to show a lot of interest in the Gospel. We began to share God’s Word with this couple but a short time later they left to accept a new research position in another state. We weren’t discouraged because God has amazing ways of reaching people! This couple moved near to where our niece lives. Our niece invited the both of them to her church and it wasn’t but a few months later that we received an email from Jason and Terry telling us the incredible news that they decided to believe and trust in Jesus. What’s more, they were going to be baptized that very week.

Still, God’s Kingdom continues to multiply with what comes next. Terry’s parents traveled to the US to visit. During their visit with Jason and Terry, Terry invited them to a Chinese speaking church. After several months of attending, both parents accepted Christ. They’ve since returned to China and have been attending a Christian church there.

After spending 5 years in the US, Larry and Lynn will be returning to China soon. Larry plans to be a professor at a prestigious university. We do not know what their future will hold but we know with certainty that God will use their sincere commitment to take their faith to other Chinese souls. We serve a God who loves to use His followers to multiply the Kingdom.

While Larry and Lynn’s lives are forever transformed by coming to America, our lives have been enriched and likewise changed through our involvement with these International scholars. We will always be thankful for the opportunity we had to see how God worked through these experiences to fulfill His purposes and multiply His kingdom.

IFC connects you with international students who live at or near Kent State University and could use a friend like you. By simply spending time with you and learning about your life, they will experience comfort, hospitality and the love of Christ in very practical ways. If you’d like more information on IFC or are interested in signing up to be a friendship family, please visit hudson.ccchapel.com/IFC today.