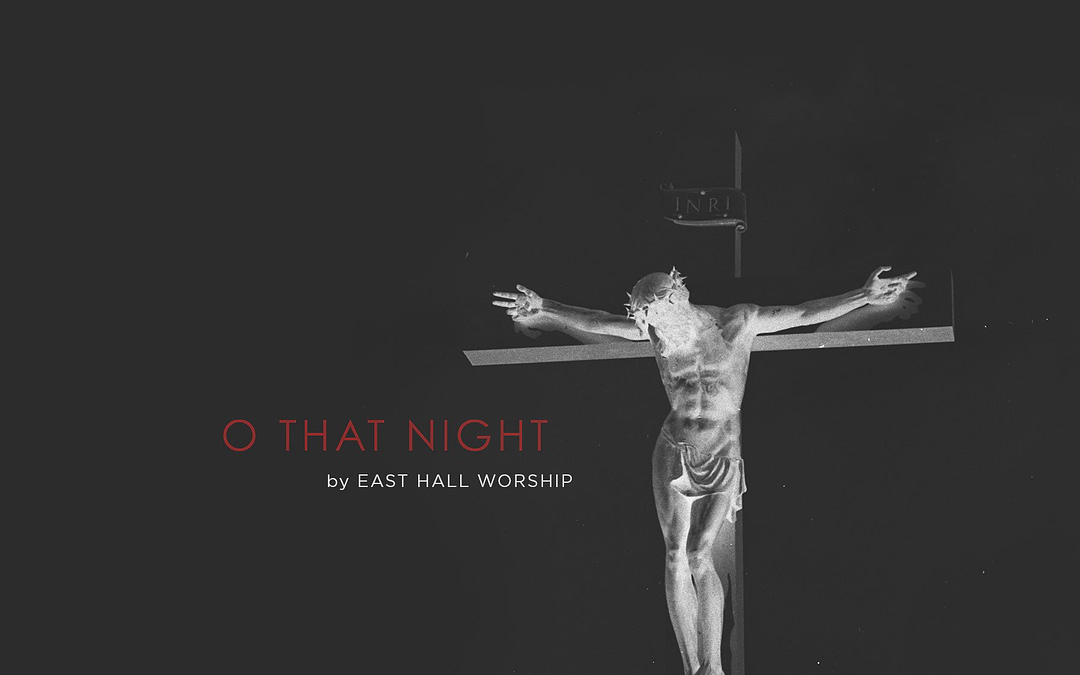 Our East Hall Worship team recently created a brand new song called “O That Night” for the Easter season (listen to it here). We interviewed East Hall Worship Leader Andy Hoffman to learn why and how the song was created:

Easter Sunday is one of the most celebratory times of the year for the Church. Jesus’ resurrection is what gives us hope and we should rejoice in that. However if we aren’t careful, we can miss out on reflecting on Jesus’ sacrifice on the cross. Good Friday was one of the most painful and anguishing days in history. We recorded this song in order to help the church worship leading up to Easter weekend and hopefully give them a way to meditate on the gravity of Jesus’ sacrifice for us.

This song is particularly cool because we teamed up with a lot of people for it. I actually only wrote the lyrics for the refrain at the end of the song. The rest of the words were written by my friend Matthew Cassidy who attends Gateway Heights City Church in Cleveland Heights. He sent me the lyrics he had written and I was very inspired by them so we partnered up to make this song a possibility. I basically just said I loved the lyrics and that I’d like to write a musical arrangement for it. Matthew was writing the song to expound upon three statements from Jesus on the cross:

A lot of people had their hands on this one. I did the main vocals and guitar work. Larry Adams who leads our Traditions Service played the piano. Tori Grubbs did the background vocals. I got in touch with my friend Brian Eichelberger (from Citizens & Saints and the Sing Team) to write the string arrangements. Kyle Williams, Edith Williams, and Teddi Swope performed the string parts.

Additionally the parts were engineered and recorded by Alex Earnhardt and myself. The song was mixed by Will Hess, a former CCC member who now lives in Nashville. And finally the song was mastered by Adam Boose at Cauliflower Audio in Cleveland.

We actually recorded everything in house! We did piano in the Sanctuary at the main campus and then the rest of the tracking was done in the new studio room at the Block!

What are the lyrics?
O that night of dreadful glory,
O that night my Savior died,
Owning wrath intended for me,
Christ, my savior, crucified.
See the Son in separation,
From the Father’s favor torn,
To redeem God’s good creation,
All my guilty sins he wore.

O that night of deep forgiveness
O that night I came alive,
Grace far greater then my sickness
Put my brokenness to flight.
Love immense and like no other
Pouring from my Savior’s side,
Binds my heart to Christ my brother,
Draws my soul to purify.

O that night of great assurance,
O that night at Calvary,
Jesus with divine endurance,
Fore my total penalty.
How could justice come demanding?
How could payment still remain?
Christ declared my righteous standing,
Washed away my every stain.